Looking to Bring UKITs into Your Classrooms? Contact Us for a Quote Today!

CHECKOUT
Back to news 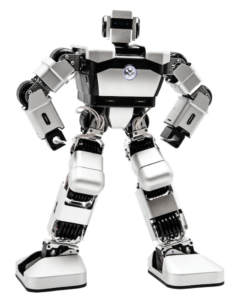 UBTECH Robotics, a global leader in intelligent humanoid robotics and AI technologies, and the Carnegie Mellon Robotics Institute Summer Scholars (RISS) program will invite about 35 RISS scholars to join a three-day summer workshop where they will learn about, build, and code Yanshee, a first-of-its-kind, open-source, humanoid robot. Yanshee combines an advanced AI interface, programmable Raspberry Pi card, and a host of sensors and functionality to create the ultimate platform for educators, students, and robot enthusiasts to learn about, research, experiment, and engage with robotics.

Now in its third year, the workshop includes lectures on programming with the Robot Operating System (ROS), demos of UBTECH’s service robots including Walker and Cruzr, and a robot programming challenge that culminates in a public demonstration of students’ robot innovations.

News media, engineers, educators, and anyone interested in robotics is invited to attend the public demonstration on Friday, July 19 at 4:00 p.m.

For photos from the event, follow UBTECH and UBTECH Education on social media: